To me, Traceability is basically logging but in a better and more structured context.

In the first part of this series, we discussed the history of distributed systems and microservices, giving Amazon website as an example of how the microservices would look like and inter-communication between them all.

Moving forward, what to use to debug a service request that goes through many microservices and you want to correlate all of the events and transactions that happened in that specific service request, Using the right transaction ID (correlation ID) that flows through your system and stable that ID to traces collected through the entire workflow.

In this post, we’ll dig deeper into Jaeger, the powerful distributed tracing tool that uses OpenTracing implementation and adheres to its specification as shown here. The OpenTracing specification describes the semantics of transactions in distributed systems and defined a unified model for how monitoring and tracing systems should be attained.

First, let’s have a look at the Jaeger components and how they interact with each other:

There are several ways in order to deploy Jaeger into your Kubernetes cluster. The one stated by Jaeger is by using Kubernetes Operator, which basically deploys a CustomResourceDefinitions (CRDs) to communicate with Kubernetes API. Before that, we would need to take care of deploying the needed cluster roles, cluster role bindings, and service accounts:

This is one way to do it, the other way which I’m gonna go ahead and use in this post is by using helm charts. Why helm charts? Because Helm is a package manager for Kubernetes that provides a „push button“ deployment style, which has all the versioned, pre-configured application resources as one unit. Furthermore, you’re able to override the values of the chart by modifying values.yaml file.

As stated before, we have two options to choose preferred backend storage, and we can simply do this by modifying the values.yaml file as follows:

As we can see, we have 3 jaeger-agent instances since my current cluster is consists of 3 worker nodes, 3 instances of jaeger-cassandra DB, one jaeger-collector instance, and one jaeger-query instance.

Moreover, to access the jaeger-UI service, you would need to port-forward the query service and jaeger-UI should look like the below:

After taking care of deploying Jaeger, we will go ahead and create a simple flask app that would let me define some REST API, which would help me test the functionality of tracing each app endpoint.

As shown on the code snippet, We define 3 endpoints that we can call/curl in which then we would trace using Jaeger. The marked code is where we define the code changes needed to define the jaeger module in Flask and annotate the trace.

Then moving forwarded , to creating a docker image out of this Flask app , build it and push the image to docker hub:

We need now to create a Kubernetes deployment using this docker image just created , as shown below:

The marked part of the deployment shows how to inject the Jaeger-Agent sidecar container that collects the traces out from our Flask app and sends them to the Jaeger-Collector component.

We can see that despite our kubernetes deployment manifest contains only one container but since we added injected the Jaeger annotations , that helped creating the jaeger-agent sidecar for us , as shown below:

Next, We will attempt to call our endpoints simply by curling the endpoint, and/or open the browser and call the REST API URL as follows:

Since my REST-API Kubernetes service is type LoadBalancer, I can either run curl it by:

or using the browser:

Heading to Jeager-UI , We can filter our Service from service drop-down list, and on the Operation list , we can choose an any endpoint , I will choose liquid and Limit Results to 30, then click Find Traces

For a bigger workload perspective already deployed on the cluster (or you plan to deploy) (frontend, backend and redis and/or mysql), the trace view at the dashboard should look like this below:

In our usual Liquid monitoring solution, we bundle Prometheus, Grafana, and Loki and also adding Jaeger as a data source at Grafana. This allows us to further visualize your tracing and not only that but also can work hand in hand with Grafana Loki as below:

Despite the demo here is simple but for very complicated systems and architectures, distributed tracing becomes pretty much invaluable. Depending on your architectural maturity and platform capabilities, you may be able to get a full working distributed tracing capability within your clusters – all thanks to the auto-instrumentation that is offered by Jaeger. To learn more about how Jaeger can help you monitor and resolve performance issues in your cluster, visit their official documentation.

Hesham is interested in the field of microservices and service architecture. focusing on containers and container orchestration especially Kubernetes and cloud-native solutions. 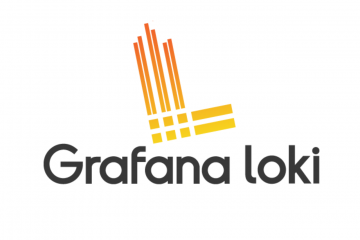 An introduction to Loki

Many enterprise customers are using ELK to store the logs from their Kubernetes clusters. Others are using solutions the cloud provider offers like Stackdriver or Cloudwatch. While ELK is difficult to configure and to operate, Weiterlesen… 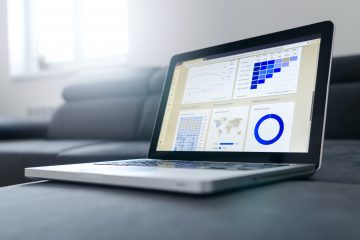 Many people are leveraging fluentd, fluent-bit or the ELK-stack in combination with filebeat to collect their logs from Kubernetes clusters. These options are often complicated to configure or not flexible enough to use for different Weiterlesen… 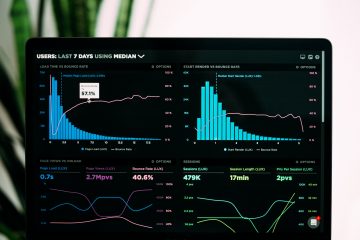 While countless companies are starting to use Kubernetes to offer their services and applications, many are experiencing the classic problems of “Day-2 operations”: The systems are often not optimized, maintenance aspects are missing, or observability Weiterlesen…