Gathering metrics and logs from your applications is usually not enough. You want to receive alerts if something is suspicious and then investigate in a dashboard solution like Grafana or Kibana. At Liquid Reply, we had to find a solution to send our alerts from the Alertmanager to Microsoft Teams. Our initial setup consisted of Prometheus, which is gathering all the metrics, and Alertmanager that was attached to Prometheus. This Alertmanager was sending notifications to a channel in Slack. Due to the customer migrating from Slack to Microsoft Teams, we had to find a solution to send these alerts to Microsoft Teams instead.

We ended up using an open-source project called prometheus-msteams. It provides you with an adapter, that is compatible to Alertmanger as well as Microsoft Teams. You do not need many things to set it up and therefore it is quite easy to integrate in your existing setup. I want to explain to you, how you can set up this solution by yourself.

The architecture of the given solution is quite simple. We have our existing stack, that consists of Prometheus, Alertmanager and Grafana. While Alertmanager is capable of sending alerts directly to Slack, we will have to integrate the prometheus-msteams adapter, that will take care of sending alerts to Microsoft Teams in the future. In the end (after establishing the new alert destination) we can remove the Slack integration.

Here is an overview of our proposed architecture:

If we want to send our alerts to Microsoft Teams, it is necessary to set up a Team or a Channel for this. In addition, we have to create a Webhook, which will later be used by the prometheus-msteams Pod. For this blogpost, I have set up a new Team. If you want to do this, stick to this tutorial by Microsoft.

In the Connectors-Overview we choose “Incoming Webhook” and add it to the channel. In this example we will name it “Alertmanger”. In the last step of the wizard, we are prompted with our new webhook url. In this example the URL of the Webhook is:

After preparing our Microsoft Teams webhook we are ready to go. For testing this setup, I have set up a Kubernetes cluster with kubernetes-kind:

We will install prometheus-msteams via helm. To do this, we have to add the repository to our helm-cli:

We are defining a values.yaml, which we will use to configure the helm-chart with the necessary configuration:

Next, we will install the prometheus-msteams setup via helm:

Now, if we are looking at our Pods, we will see three prometheus-msteams Pods were created:

To send alerts to this Pods, we are going to install the kube-prometheus-stack. This stack will provide all the necessary components, we are using in production clusters (e.g. Prometheus, Grafana, Alertmanager, etc.):

We will deploy the stack with a few custom values. We are defining prometheus-msteams as a receiver for alerts. The URL we must provide here consists of the Kubernetes Service and the route. In our case, the route “kubernetes-monitoring” was defined as a value of prometheus-msteams:

Since the setup is up and running, we can test it. I randomly killed a few Pods in the kube-system namespace. As the kube-prometheus-stack has a nice set of preconfigured alerting rules, it will immediately send an alert to our new alerting destination. It shows up in our Microsoft Teams channel:

All in all, we were able to send our alerts to Microsoft Teams instead of Slack. We have a few more Pods running in our cluster and all of it took just a couple of minutes. With the help of the provisioned helm-chart, it is also possible to customize the solution, e.g. with your own message template for Microsoft Teams.

As always, we provided the used files and a command summary of this blogpost in our GitHub-repository at https://github.com/Liquid-Reply/blogpost-resources. If you want to read on topics, that are related to monitoring, feel free to browse the blog and explore the #observability tag.

MICROSOFT and Microsoft Teams are trademarks of the Microsoft group of companies.

Florian is working as a Kubernetes Engineer for Liquid Reply. After his apprenticeship and his studies he specialized in Kubernetes technologies and worked on a few projects to build up Monitoring and Logging solutions. 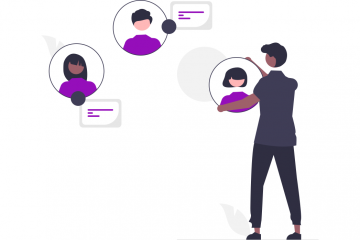 These days the FinOps tooling landscape offers an enormous variety. Features of the tools range from graphical dashboards, reports, rightsizing recommendations and anomaly detections based on adaptive machine learning algorithms for both containers or cloud Weiterlesen… 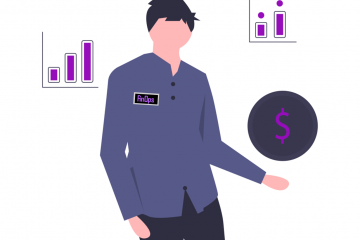 How to deal with unused cloud resources

The source of unused cloud resources Since some years now, I dedicate my professional career to a topic called FinOps (formerly known as Cloud Cost Management). FinOps is a combination of systems, best practices, and Weiterlesen… 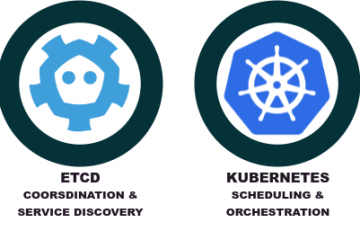 Finding your way into Cloud Native